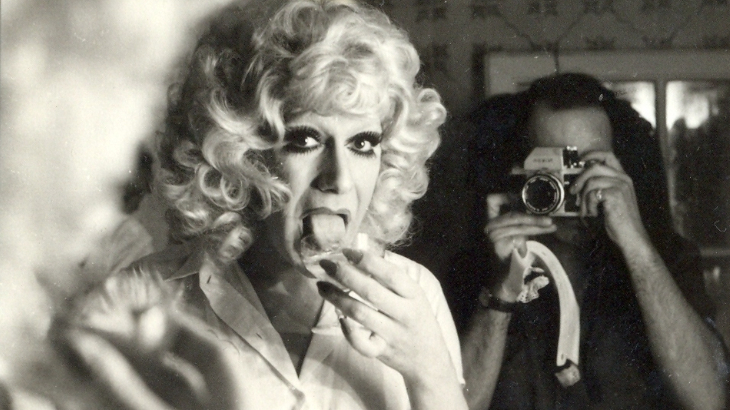 The opening sequence of Adventures and Misadventures of Julieta Pipi clearly trumpets the film’s theme. Images of 1970s Los Angeles, and a departure from LAX, give way to Lisbon airport, where internationally famous actress Julieta Pipi (Belle Dominique) has just arrived. Miss Pipi gets ready for a tense press conference, to take place in her palace on the outskirts of town. Faced with questions that are at times political, others intellectual, and even frankly and inquisitively sexual, Pipi defends herself in her Italian accent (a leftover from her latest film, shot in Italy) from all provocations, and even skirts the impertinent questions on her acting background. With the press conference as its backbone, the film delves into Pipi’s career and past glories through a series of flashbacks.