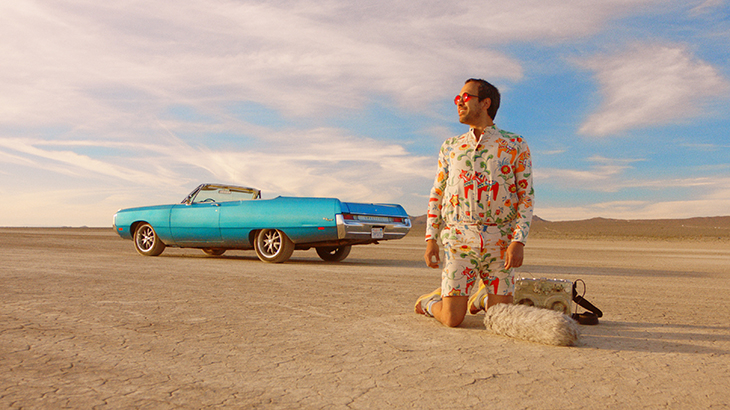 November 11
Cinefiesta is back in Lisbon

Cinefiesta Spanish Film Festival, organized by the ICAA in collaboration with Instituto Cervantes, within the context of Mostra Espanha 2021, is back in Lisbon. With a renewed air, new partners and a seductive film program, Cinefiesta will be held at Cinema São Jorge and Cinemateca Portuguesa between 25th and 30th of November.

In addition to the new venues, one of the big news in this edition is the curation of some films by international film festivals based in Lisbon, such as IndieLisboa, DocLisboa, and our Festival. "The Mystery of the Pink Flamingo", directed by Javier Polo and starring Rigo Pex aka Meneo, is the film chosen by Queer Lisboa to be part of the program. In this entertaining and refreshing documentary, a sound engineer engages in an unusual investigation to reveal the secrets behind the most kitsch of icons, the pink flamingo.

The film will be screened in Sala 3 of Cinema São Jorge on November 27, at 7:30 pm, and will be followed by a Flamingo Party at the cinema, with iconic spansih dj Rigo Pex in charge of the music. We are giving away tickets for the screening through our social networks, so be sure to check out our Instagram and Facebook feeds.

Check all the information about Cinefiesta on the official website of the event.