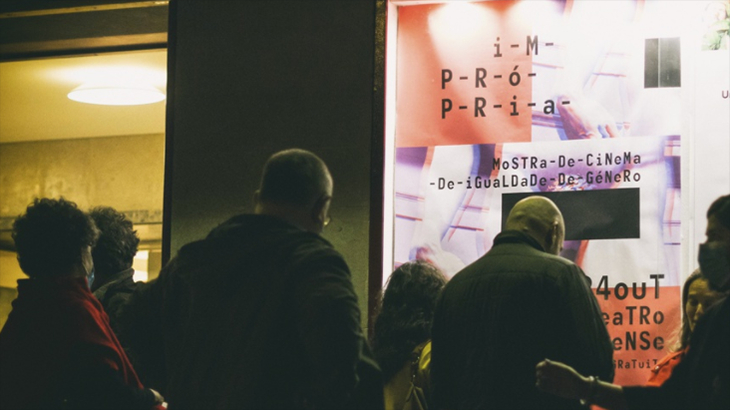 This year, Imprópria - Mostra de Cinema de Igualdade de Género returns to Ponta Delgada in October, between the 18th and 24th. Imprópria assumes itself as a cultural event of social intervention, and of a collaborative nature, aiming to influence and educate a heterogeneous public in terms of age and sociocultural level for gender equality. Through the exhibition of short films and long features that will generate theme discussions in the public, the event wants to challenge conservatism and to reveal a contemporary Azores interested in innovative cultural dynamics.

This year we collaborate with Imprópria through the selection of two Portuguese short films. "Your Name Is", by Paulo Patrício, and "Monologue for a Monster", by Pedro Barateiro, which were part of the Casa Comum Award, the new portuguese queer film competition inaugurated this year at Queer Porto 7, will open the two short films strands of the Mostra program.

See you in Ponta Delgada!

More information about the event, here.