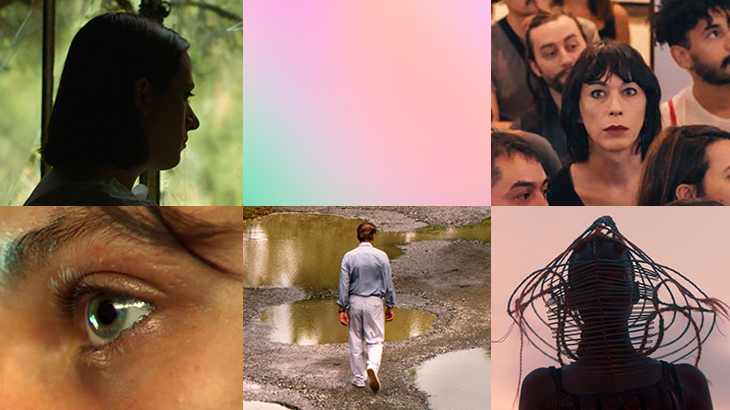 Following two editions, in 2020 and 2021, under strict sanitary restrictions which only allowed 50% of theater seating, the Queer Lisboa 26 audience was able once again to experience a full theatre, with various sold out screenings, namely the opening night with circa 900 people in the audience. The present edition also allowed us to host over 40 international industry guests from countries such as Chile, USA, Brazil, Argentina, Spain, Netherlands, UK, France, Switzerland, alongside many Portuguese guests.

It was possible once again to live a strong sense of communal sharing around queer cinema at Cinema São Jorge and Cinemateca Portuguesa. A total sum of over 6.500 spectators attended the film screenings at both venues, which means an increase of 30% in comparison to last year’s edition, besides the many people who attended the festival parties, which once again took place this year, after a two year break.

After the closing of yet another edition of Queer Lisboa, we have already confirmed the dates of Queer Lisboa 27 that will take place from the 22nd to the 30th September 2023, at Cinema São Jorge and Cinemateca Portuguesa. In the meantime, the 8th edition of Queer Porto takes place from the 29th November to the 4thDecember at Teatro Rivoli, Reitoria da Universidade do Porto, Teatro Helena Sá e Costa, and Maus Hábitos.

Best Film: "Wet Sand", Elene Naveriani (Switzerland, Georgia, 2021, 115’)
“For the sobriety with which it develops the filmic narrative and approaches social discrimination issues, for the actors’ direction and performance, for the brilliance with which its musical themes interact with cinematic time, and gain a presence of their own, Wet Sand is of unequivocal beauty.”

Best Film: "Nuestros Cuerpos Son Sus Campos de Batalla " , Isabelle Solas (Argentina, France, 2022, 101’)
“For its heartfelt and just record of the daily struggle of two transgender women who dedicate themselves to direct action, to sharing their experiences and knowledge, and who defend the convergence of fights against all forms of domination and discrimination.”

Best Film: "Neptune Frost", Anisia Uzeyman, Saul Williams (USA, Ruanda, 2021, 105’)
“We award Neptune Frost for its extraordinary art direction, for its critical gaze upon contemporary reality, and for the way it catapults us towards a space of freedom and hope, deep inside queer concepts.”

Special Mention: "Billy Boy", Sacha Amaral (Argentina, 2021, 25’)
“In Billy Boy we discover a deep sensitive gaze that translates the implications of relationships in the solitude of the digital era.”