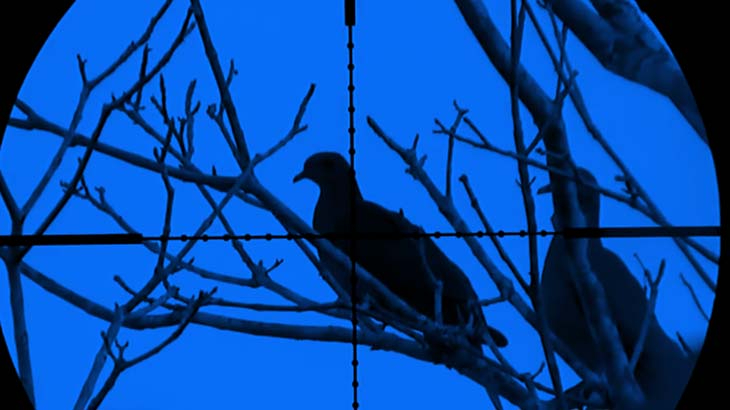 April 08
All films and activities of the EcoQueerÉcho program

The EcoQueerÉcho program focuses exclusively on Portuguese films on April 28, at the Cinémathèque de Nice, highlighting the presence of filmmaker João Pedro Rodrigues, and the screening of his films O Ornitólogo (2016) and Turdus Merula Linnaeus, 1758 (2020), preceded by a masterclass alongside João Rui Guerra da Mata. Parallel to the program, the filmmakers’ work is the subject of a retrospective during the festival.

Also at the Cinémathèque, on April 29, a program of Portuguese short films takes place: A Mordida (2019), by Pedro Neves Marques, Encounters with Landscape (x3) (2012), by Salomé Lamas, Ø ilha (2020), by Cláudia Varejão and Joana Castro, and Flores (2017), by Jorge Jácome. On the same day, a talk takes place at Les Parleuses bookstore, with LGBTQIA+ journalist/activist Cy Lecerf Maulpoix, about his book Écologies Deviantes: Voyage en terres queers (2021).

On April 30, the eco-feminist perspective underlying the architecture of this program will serve as motto for the screening of the documentary Ecosex, a User's Manual (2018), by and with the presence of Isabelle Carlier in Nice, and Armazónia (2021), by Francisco Moura Relvas, shown alongside Ni les femmes ni la terre! (2018), by Marine Allard, Lucie Assemat and Coline Dhaussy, at Cinéma Jean-Paul Belmondo.

Villa Arson will be the privileged venue in which to search for alternatives to the ways of life that have led to the current damage to the planet and possible repairs, on May 4th, with the screening of the documentary Donna Haraway: Story Telling for Earthly Survival (2016) by Fabrizio Terranova, followed by a joint screening of Perchés (2021), by Guillaume Lillo, and Inviting Moments of Stillness (2021), by André Uerba, with the presence of both directors. André Uerba's artistic practices that gave rise to the film are also the motto for an experimentation laboratory to be held on May 5th and 6th, at Le Dojo, where other works by the artist will also be on display.

Also, at Librairie Vigna, a tribute to Portuguese queer cinema is made by the In&Out Festival, with an exhibition dedicated to the work of João Pedro Rodrigues and the history of Queer Lisboa – Queer International Film Festival.

With this program, we aim not only to showcase film responses to contemporary debates. The proposed queer visions and practices will hopefully be a contribution to the progressive harmonization of activism and to a desired convergent intervention.