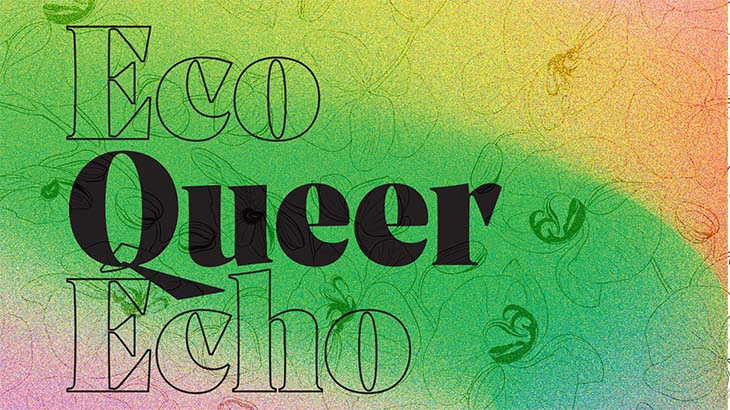 For the Saison France-Portugal 2022, Queer Lisboa and the Rencontres cinématographiques In&Out, international queer film festivals, co-organize the EcoQueerÉcho - Queer Cinema and Practices beyond Disaster, a program taking place in the French city of Nice, from April 28th to May the 6th 2022.

In an initiative supported by the Instituto Camões, GEPAC - Gabinete de Estratégia, Planeamento e Avaliação Culturais (Portugal) and the Institut Français (France), the festivals thus respond to the proposal to further strengthen the bond between both countries, namely under the themes of ecology and equality, exercising a discourse around Portuguese and French queer filmographies that bring together these two apparently disparate themes.

The program will focus on ecology, landscape, sustainability, and interspecies coexistence through the prism of queer cinema. Starting from the premise that we can cultivate “the art of living on a damaged planet” (Donna Haraway), and expanding on concepts originally pointed out by eco-feminist thinkers, we are interested in the fictional and tangible worlds that queer cinema explores when approaching these themes. We want to show the interventional strategies, the visions and re-imaginations, the questioning gaze, as well as the inevitable criticism of the ways of life that shaped the damaged world as we know it.

At the Cinemathèque de Nice the program focuses on Portuguese queer film, whilst at the Villa Arson – École Nationale Supériure d'Arts, the Le Dojo and the Cinéma Jean-Paul Belmondo the program focuses more broadly on the eco-feminist perspectives, and on the alternatives to the ways of life that have led to the current damage to the planet and possible reparations.