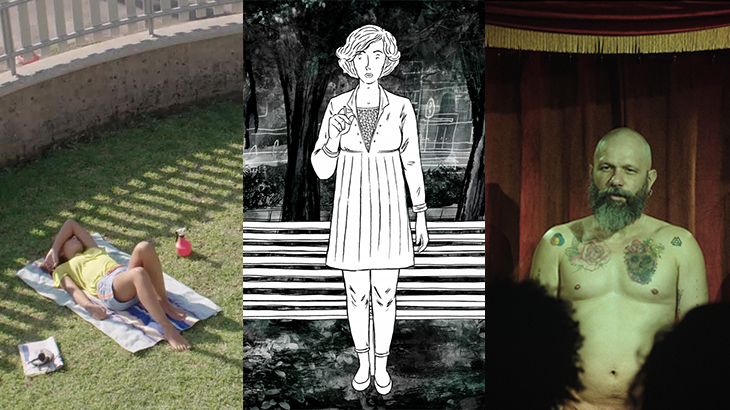 The Closing Ceremony of Queer Porto 7 - International Queer Film Festival took place this evening at 10pm at Pequeno Auditório, Teatro Rivoli, where the awards for the different Competitions (Official, In My Shorts, and Casa Comum Award) were announced.

Having taken place already with the theaters in full capacity, the 7th edition of Queer Porto also welcomed again international guests, so as many Portuguese filmmakers. This year the festival could also expand its program throughout several venues in the city of Porto, with great audience attendance.

The next edition of Queer Porto will happen in October 2022 at the renovated Cinema Batalha.

“God Has AIDS speaks in the present about a forty-year-old subject, challenging us to a renewed reading of what living with the disease is. Through the superb and inclusive cast, and their artistic practices, this is a film about empowerment and awareness of an ignored, if not stigmatized, reality. A film that speaks about life and not about victims”.

“A rare and much needed representation of older trans people. A vital project for our community, to document these hopeful stories; as relevant and powerful today as genderation was twenty years ago”.

IN MY SHORTS COMPETITION:

“A film that seduces for its authenticity, its complexity in the composition of the characters and for its actors’ direction, portraying a reality with multiple meanings. A piece that makes us want to see more works by Mariana Bártolo”.

“For its strong social critique towards violence against trans, migrant, diseased, impoverished bodies, turned precarious and invisible; for building that same critique based on a local story, that is also universal; for offering a new gaze upon Gisberta’s story, mixing documentary with an original aesthetic language; and for bringing to life the only absent voice in the film in the city space”.

“For presenting a notable work about the creation of safe spaces for teenagers who identify themselves in a non-binary manner; for highlighting the effects of social isolation in a pandemic context and the importance of queer communities; for developing an aesthetic language that brings together the virtual and the real, therefore entering the daily life of the individuals portrayed here”.